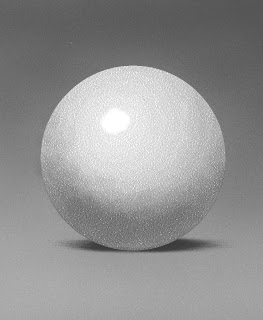 I think yesterday was one of the most demoralising I’ve had on Betfair, not because the amount of money lost was significant, but simply because I kept to all the self-imposed rules I’ve put in place to overcome a sticky patch, yet was simply battered by results going against me. Fortunately, each day ends and things always seem brighter in the morning.

Having abandoned tennis for the year, I settled down to a Saturday afternoon session, looking at the day’s football and racing. Things went ok in the early afternoon, with some fairly predictable Premiership games helping me towards a decent day. Everything seemed to go awry from the moment I placed my biggest horse racing lay of the day ( Kelso 4.05 ), and had my only loser.

This has always been my moment of weakness, so time for a deep breath, accept the loss and move on. I’m actually worse than ever at achieving this – as my strike rate improves, I lose less often, but seem to take the losses badly. In this case, I took the loss calmly, abandoned the racing and concentrated on rebuilding my profits with the day’s soccer. But everything kept kicking me in the nuts – I laid three away sides with solid reasons for doing so (Lens, Waalwijk, Mouscron ), kept my nerve when they all went ahead early ( I’m regularly scratching bets that go on to win ), and watched as the bets sailed down the river. I then topped it off by laying second-bottom Guimaries against the unbeaten Portuguese table-toppers, Braga. Again, Guimaries scored. Again, I held my bet in the expectation of a Braga equaliser. Again, it never came. Bollocks.

So by yesterday evening, any belief in an edge I may have had also sailed down the river.

My mood improved today by spending a little time analysing my three-month results. My impression has been that horse racing and tennis have been crap, soccer adequate, and sundry opportunities successful. In fact, regardless of sport, my post-loss selections have been crap and everything else is perfectly acceptable. Cut out the chaser bets and disgruntled OFI selections, and I am capable of achieving decent profits on my three main sports. So that put me in a good state of mind to start a Sunday afternoon session, which passed by without calamities and pulled back a decent chunk of yesterday's losses. 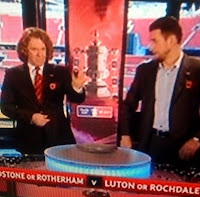 My day was also brightened by watching ITV’s coverage of the FA Cup second round draw. Remember Tony Woodcock, the former Nottingham Forest, Koln and England striker from the late seventies and early eighties? He can be forgiven his perm of that period, a fashion statement shared with his peers Kevin Keegan and Bryan Robson. But his 2009 haircut – WTF!!

I’ll finish by using the excuse of Jay Z’s stellar performance on this week’s Jools Holland show to bring out my favourite corny joke. Sorry to any non-music fans for whom this may miss the spot completely.

‘What did the ice-cream seller say after falling out with his confectionary supplier?’