Anatomy Of A Loss 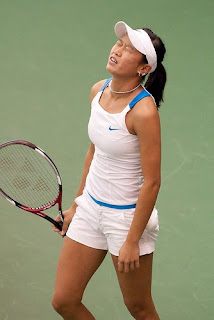 I easily recognised the sentiments of this post from Handy Andy, regarding the post-loss mindset. Whilst everyone feels the temptation to go on-tilt to make a quick recovery, and hopefully learns strategies to overcome it, the analogy to ‘oxygen-deficient’ decision making is a good one. Post-loss, my brain comes up with all types of, er, brilliant strategies for recovery, but after a short while subsides back to normal thinking. The skill is to avoid betting at all until it does. A task that I often fail.

I’m occasionally prone to the obvious huge bet which recovers in full your previous loss ( or whacks a big chunk of your bank ). But more frequently, I can convince myself that I’m not chasing, but am just using a different strategy. In this period of weakness, often the typical stakes rise and the odds increase. So my risk profile is considerably higher than during a period of steady trading. I read a slightly flippant post from Curly a while ago that suggested that ‘Discipline’ was simply a code word for sensible staking. But regardless of staking, taking on bets without research or based on an out-of-date opinion is as dangerous to your bank as overstaking.

On Tuesday, three bets on the morning Japanese football matches gave me a potential £60ish profit. Unfortunately, leaders Kashima went behind to Niigata, and I redded out that trade(a lay of Niigata). Therefore the £60 became £0. My frustration probably came from the subsequent Kashima recovery to lead 2-1 before eventually drawing.

My mindset as I began an evening session seemed ok. But when my first small bet lost it brought up those frustrations from the morning. There was nothing wrong with my next bet, £60 on Taiwan’s Kai-Chen Chang to beat American Christina McHale in Stanford at odds of 1.87. As Chang won the first set, I had a potential £30 profit. This is WTA, and any profit is good profit. I should have greened up, but instead I ‘needed’ the £50 profit to offset my earlier frustrations. McHale won the second set 6-0. I could have still have traded out for a £15ish loss. But I made the decision to let my bet run. Bad decision making. £60 gone. Yet without the influence of the Kashima trade, there’s no doubt I would have snapped up the £30 profit.

All traders should be aware of a couple of great little tools which can be used to avoid chasing. The first is a small button on the side or front of a laptop or PC, generally marked with a circle crossed through with a vertical line. It’s called the ‘on/off’ button. Secondly, in the kitchen can be found a utensil with a similar ‘on/off’ switch, plus an engaging red light. It’s known as a kettle. Both of these tools can seriously improve your trading during times of stress.
Posted by Rob The Builder. at 09:39