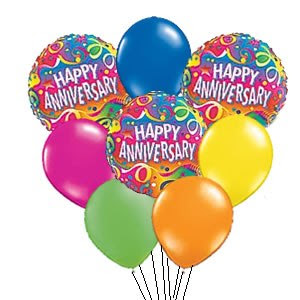 Yes, one year ago today I wrote my first blog post. I’ve managed nearly a post per two days over that time and hopefully a few of them have been worth reading ( or if not, had a nice picture ). I’ve seen plenty of other blogs come and go, and many people seem to stop from disappointment at a lack of feedback rather than blown banks. Whilst I appreciate any input from fellow punters, I also enjoy writing the posts – if you don’t have an urge to write, you’ll soon get bored of posting into what occasionally seems like an empty void.

A year ago I was struggling to make an adequate living from full-time betting on Betfair. This ‘full-time’ status was not particularly by choice, but having had my plans for the future knocked off course by what is now universally known as the ‘credit crunch’. I had done a 25 year stint in the housebuilding industry, generally working for major national companies, and had come to a point where I needed a change. I finished work at the end of 2007, but the world changed pretty quickly and 2008/9 became a really bad time to start up a business and risk all the capital I had built up over my career. So I gave the Betfair route a go to tide me over, and I have never regretted that full-time stint, even if I achieved more from an educational perspective than a financial one. I didn’t make a conscious decision to go back into employment, but offers came my way and I happily took on work which has generally been less lucrative than my former career, but has often been more rewarding and certainly had more variety. And with the benefit of not having to deal with bleedin’ accountants all day – I’d chuck ‘em in the same deep well as the bankers.

I’ve certainly reached a point where if work dried up completely, I’d be back in front of the Betfair screen rather than at the Jobcentre. As any regular reader will know, my inconsistency and lack of concentration mean that I have spent much time recouping losses during the year. But, when I set myself properly for a session, I am capable of making steady profits. And those spells of good results do seem to be getting longer. If I could guarantee that I could avoid those careless and grumpy days where I tend to throw away chunks of cash, I’d be onto a winner. But I remain a work in progress. And I’m still at a stage where it’s easier for me to earn £100 working than through trading on Betfair.

I do scratch my head at the amount of bloggers for whom full-time trading is the stated goal. Yes, there are traders out there doing very nicely, but as well as trading ability you need many other attributes to succeed. It can be a pretty solitary existence ( this may be why so many choose to blog – communication with the outside world ), and when results are going against you there are few around you to chat things through with. One of my own failures during that period was to get sucked into bets I should have avoided, simply because of the pressure to make a profit. Whilst the experienced will tell you to avoid daily targets, if you need £3k a month to live, it’s obvious that you’ll wish to achieve a £100 profit on most days. Some days it’s just not possible, and that’s the time to turn off the laptop and paint a fence ( or a landscape if that’s your thing ). But the opportunities to bet are still there, although often in areas of sport you know little about. I have lifetime losses on sports as varied as handball, volleyball, ice hockey and snooker. I certainly don’t see full-time trading as an easy option – the stress of watching a WTA 6-1, 5-1 lead disappear to one-set-all is more stressful than most days I’ve worked in my career.

I suppose the major changes in the last twelve months have been my introduction to horse racing ( despite my first attempt here ), and also a bad spell of tennis results in the latter part of the year which knocked my confidence. Tennis has been my main betting sport for much of the last four years, but I’ve never found it as difficult to pick winners as I have in the last six months. So I’m moving into 2010 with a three-pronged approach ( tennis, footy, racing ).

As I write this post, I’m feeling confident. But that may be just a couple of weeks’ decent results making a difference to my mood. In twelve months time things may be very different, but at the moment the blog ( and me ) will keep plodding along steadily.

I tried to find my favourite song from the last twelve months to finish the post, but got down to a shortlist of two I couldn’t split. So I have included them both.