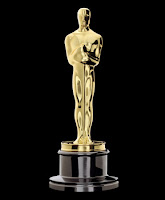 Ever heard the one about the bloke who get a 12-point driving ban by picking up four 3-point speeding tickets in one journey?

Watching tonight’s Everton / AEK Athens Europa League tie, I was struck by the performance of AEK’s former Spanish international, Juanfran. During a couple of weeks where sport has been dominated by allegations of cheating, Mr Juan Francisco Garcia managed on four separate occasions to fall to the ground, head in hands, claiming to have been hit in the face. Eduardo would be proud of his performance.

If a two match ban is UEFA’s idea of a punishment for simulation, then I think Juanfran’s four separate offences worthy of a life ban! Oh, I forgot, the appeals committee overturned Eduardo’s ban. Give Juanfran an Oscar instead.

In the earlier game on ITV4, Fulham managed a draw at CSKA Sofia, having made nine changes to the team that started Sunday’s game against Everton. Two thoughts –

· Does it not make a mockery of the supposedly all-important season-ending chase towards a place in Europe, when the following autumn a club puts out a second string team when the European matches actually arrive.

· Last year Aston Villa took a similar view to Fulham, and their line-ups in Europe showed the lack of depth in the club’s squad. Tonight’s Fulham line-up had considerably more quality than Villa’s, including Kamara, Gera, Greening, Nevland and Simon Davies. I like Fulham under Roy Hodgson, and I think they have a squad depth to ensure they’ll be competing for a European place again this season. Even if they don’t care about Europe.
Posted by Rob The Builder. at 22:43