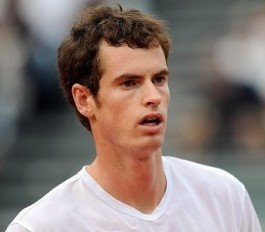 Week 1 over, and only a few drops of rain. Probably not the most scintillating week’s tennis, but a few names have shone brighter than others ( Federer, Murray, Williams S, Williams V ).

The heavyweight stuff starts on Monday. In the Men’s, that dream Swiss / Scottish final still looks on – certainly the Betfair market thinks so – Mr F at 1.72, Andy at 4.00, Djokovic at 16.5. I remain concerned that the spoiler in the draw (Karlovic) is still around. Listening to 5 live on Friday afternoon, it seemed Tsonga had become a knotted ball of frustration caused by the futility of attempts at returning service. I appreciate Karlovic’s limitations, and that the serve diminishes in the later sets of longer Grand Slam matches, but if he was to hammer down say 55 aces in the first three sets, just three loose points in a match could cost someone, even Federer, a 7-6,7-6, 7-6 defeat. Be scared – entertaining it ain’t.

This reminded me of the discussion I often have with people when trying to explain Betfair gambling / trading in the simplest terms. The point I attempt to get across is that the simple ‘back and hope’ system millions employ at the bookies is as futile and costly as everyone assumes. And alternately, proper use of Betfair is a sensible and potentially lucrative pastime.

I use this hopefully straightforward example to illustrate my argument –

I know it’s simplistic. But it flicks on a few lightbulbs.

I’ve never been a fan of Michael Jacksons’ music. If you twist my arm, I will admit to an appreciation of ‘Man In The Mirror’ and ‘Black Or White’. I have however probably got a more sympathetic attitude towards the man than many. I get the feeling that his bizarre upbringing made him more trusting of children than adults, as well as being completely unaware of the values and accepted behaviours required in ‘normal’ society. This unfortunate combination no doubt led to the ridiculous and entangled situations he managed to put himself in.

He was undoubtedly one of the most famous men on the planet. This makes his weaknesses and indiscretions open to scrutiny by our great daily newspaper editors and proprietors. I am very pleased that I have lived my life away from the claws of these parasites. Would anyone’s life be any less fulfilled if an atomic bomb was dropped on the offices of the Daily Mail et al? Wishful thinking….

I actually saw Jackson in concert, at Roundhay Park Leeds in August 1988 ( I checked the date! ). My only real memories are :

No doubt he will return to being an idol rather than villain in death.
Posted by Rob The Builder. at 23:08