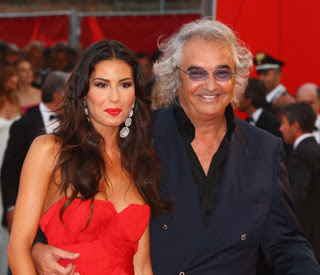 I hope everyone had the opportunity to watch last evening’s terrific documentary about QPR – ‘The 4 year plan’.

What a shambles the whole Ecclestone / Briatore ownership was. Flavio Briatore, in particular, stood out as chief imbecile amongst a group living in the above mentioned ‘alternative universe’. Amongst many ‘mouth open’ moments -

My favourite moment was when Warnock somehow managed to get the team to the verge of promotion, despite the board’s attempt to hijack everything with the ‘Faurlian’ ownership issue. During the match where a point was needed for promotion, things were going poorly at half time. Briatore was apoplectic – ‘idiot coach’, ‘coach doesn’t want to win’, ‘coach doesn’t know what he’s doing’. This obviously being the coach who had gained 78 or so points during the season. What a knob.

The most astonishing fact about the whole documentary was that those shown in it allowed it to be subsequently televised to the world. (Shakes head incredulously).

I don’t know how the Tony Fernandes era will turn out, but it can only be an improvement over his predecessors. Although I may have said something similar about Portsmouth.

Having returned to an old subject – Neil Warnock – some may have noticed that my ‘Bete Noir’ of football managers is now in charge of my own club, Leeds United. He is therefore in tandem with that most unlikeable of club owners, Ken Bates. And he’s made a cracking start by writing a fawning and flattering review of Saturday’s opponents, Southampton, before the game. Good for his own team’s confidence then? Southampton won.

It brought me to the thought of fans’ allegiance. I’m Leeds born, but now live 200 or so miles from Elland Road. I dislike the manager. I dislike the chairman. Most of the decent players are sold off on a regular basis. So why do I have to support Leeds? Is it possible to change allegiance?
At age thirteen, probably. But at forty-six? I’m fairly close to the grounds of Crystal Palace, Millwall or Charlton. But could I ever have that instinctive passion for my team, when they are newly adopted? The answer is probably no. I have too much history – my first match in the ‘73/’74 championship-winning year, a foggy ’75 night in the European Cup, the piss-poor mid-eighties teams, followed by the Howard Wilkinson team’s mighty rise to the championship, debuts for Cantona and a teenage Speed, the Ridsdale/O’Leary ‘living the dream’ years. These events are part of your life, never forgotten, and therefore I think I’ll have to get used to cheering along Neil and Ken, or become a ‘Blackburn-style’ fan, mercilessly booing my own team. Now there’s a thought…….